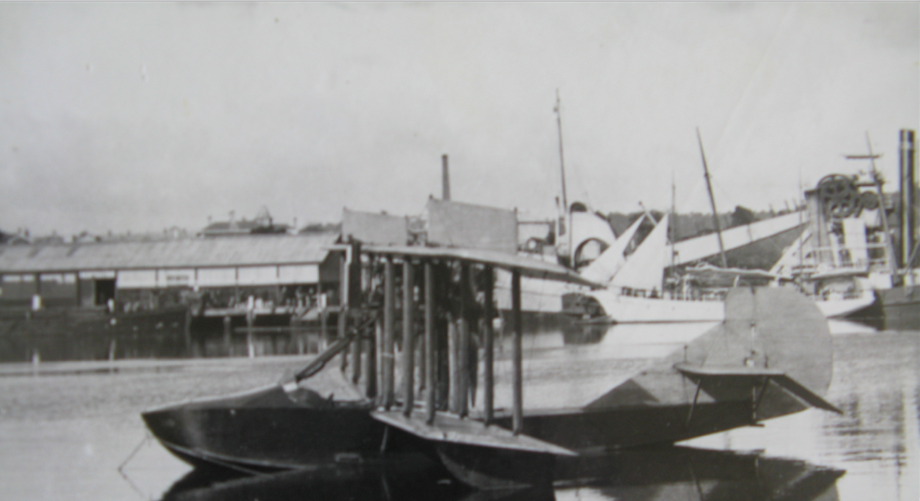 On the 20th of May 1921, the Curtiss Seagull Flying Boat, piloted by Captain Andrew Lang landed in the Tamar River at Launceston.

The Photo by H. J. King is of the Seagull moored on the Tamar, with the river dredge “Ponrabbel II” in the background.

The “Seagull” had left Sydney on the 13th March 1921 to undertake the first photographic aerial reconnaissance flight in Australia and the first flight from Sydney to Launceston. They returned to Sydney on the 4th of July 1921.

It was an epic flight of endurance in such a small underpowered plane, which travelled on average at 75 km/hour, at about 1000 – 2000 feet. The return flight took over 36 hours to complete. The flying conditions, especially in winter across Bass Strait were bad, with the plane subject to severe atmospheric turbulence.

To commemorate this epic historic flight, we have a special commemorative newsletter and reproduced the “Log of the Seagull”, the serialised story of the trip written by Captain Lang and published in “The Sydney Mail”.